Bengaluru South MP Tejasvi Surya on NDTV: Capitol Hill violence is highly commendable. There can be no justification for breaking rule of law or incitement for violence.

Twitter had suspended President Trump from its platform, “After close review of recent Tweets from the @realDonaldTrump account and the context around them we have permanently suspended the account due to the risk of further incitement of violence," Twitter said.

Sir Shri Tejasvi Surya was asked to talk about his views on Donald Trump being blocked and banned from the social media handles, especially twitter for allegedly bringing in hate. Shri Tejasvi Surya also addressed this issue by quoting that “Violence that took place at the Capitol Hill was unprecedented, it has been condemned by every citizen all across the globe including our own Prime Minister Shri Narendra Modi. Any person who believes in law, demonstration, and constitutional law can in no way justify this violence wholeheartedly that took place at the Capitol”.

He importantly said that deplatforming or banning Donald Trump is totally another whole issue which includes him violating certain rules of the platform which has thus led the authorities ban his account.

Shri Tejasvi Surya also mentioned about the huge monopolies Twitter, Instagram, Facebook and Whatsapp have over exchange and information broadcast which gets the citizens and parties to a heating topic. He has mentioned on the huge India population which uses Facebook over the entire social media platform for interactive and business purposes which just ends up in more privacy leaks and data issues.

This issue is beyond mere party politics and involves a lot more threat. Sir Tejasvi Surya also questioned the citizens by “ Why are we even allowing these intermediaries which must not deal with the content of the platform or change, monitor, alter the content and also measure or shadow ban someone by decreasing their reach and imposing threat on them. This is a question democracies of the world should debate or this will forever remain a threat to the quality of democracy, fairness and freedom which is more than any party politics because of the Data oligarchs of the world”, he says.

He further talks about how Regulatory Bodies should be assigned in every state of countries all across and especially India. By state, it could be autonomous bodies such as courts which consider various levels of appeals. However, if an independent authority which could function in an autonomous manner, the authority will vest with them and they can direct for what is good and bad for them to do with posts, social media data and several other issues they face on a daily basis and if any litigations it could also be directed by courts of law.

Further, Shri Tejasvi Surya was spoken about digital dadagiri and asked to impart his view on the recent privacy and policy formation by the father company Facebook over Whatsapp and its users who are forced to agree on their terms to which their personal data is used for business and third party benefits.

Shri Tejasvi Surya answered this very naïve by saying the regulations by Whatsapp has been very strange in whichWhatsapp is pushing the policies to all the countries except the EU (European Union) that have strict GDP regulations which govern their data privacy and regulates on how there companies can behave on how they deal with customers. These are monopolitic practices. Government of India has brought in a data privacy law, the Joint Committee of the Parliament where he is a part of it too and they have made sure to bring in a robust Data Protection Bill which will further stop the citizens of the country from all the up gradation from privacy leaks and policy formulations from data companies and other social media authorities.

He ended his interview by informing the viewers about how we should contemplate more models for this information era which makes social platforms for free and makes the users a mock of a product that could just be sold out in the data world.  He says it’s time to be concerned on the new business models which are not made for free and also which decreases the threats in the coming days helping the country to run smooth with liberty, constitutional laws, fair politics on social media sites and power.

Shri Tejasvi Surya not only mentioned about the merits and demerits of policies and privacies happening online through huge companies, but also detailed his explanation about the banning of Donald Trump’s accounts and the protests by his supporters at Capitol Hill which definitely threw lot of light to the viewers and people all across the globe and country.

The universal message of Swami Vivekananda - A talk by Tejasvi Surya - ಸ್ವಾಮಿ ವಿವೇಕಾನಂದರ... 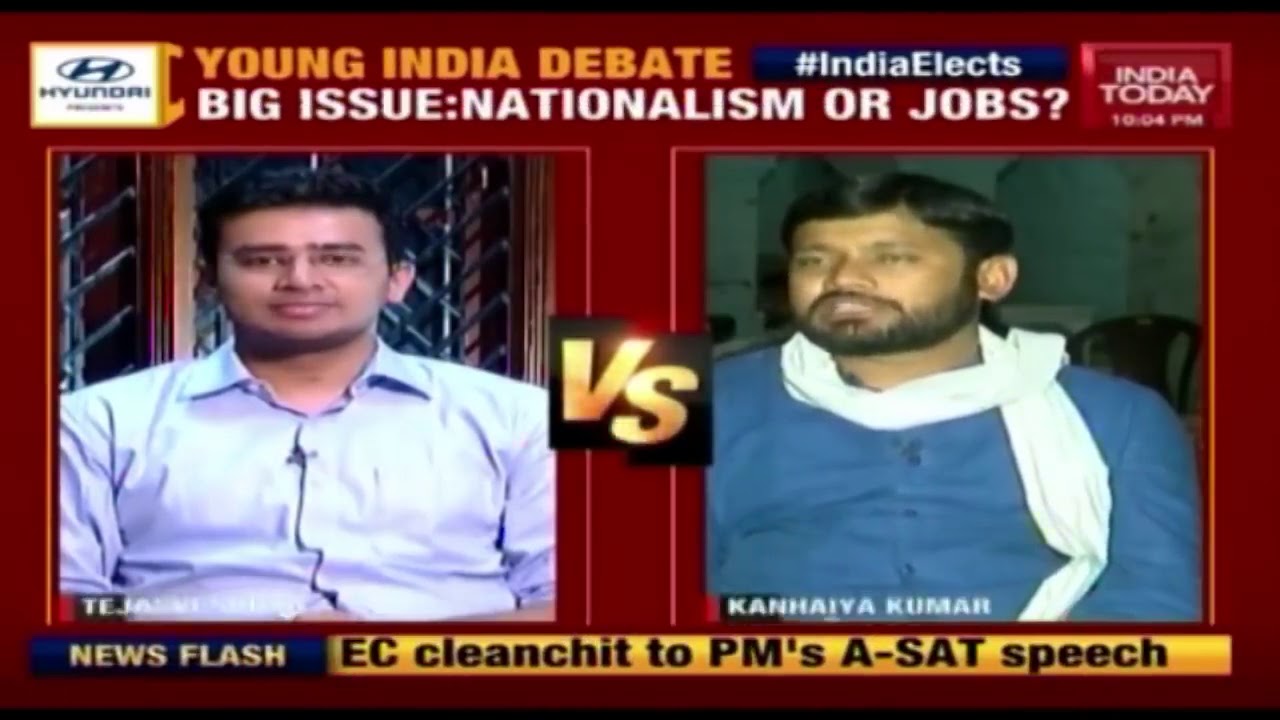 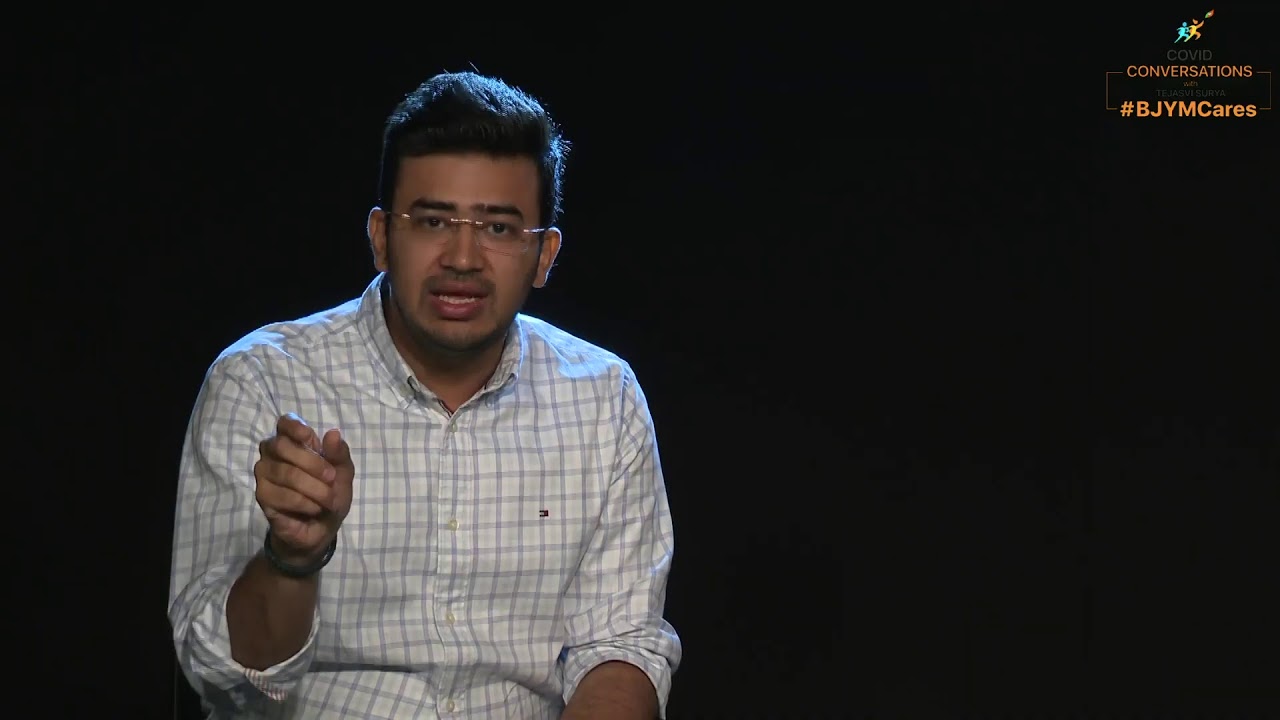 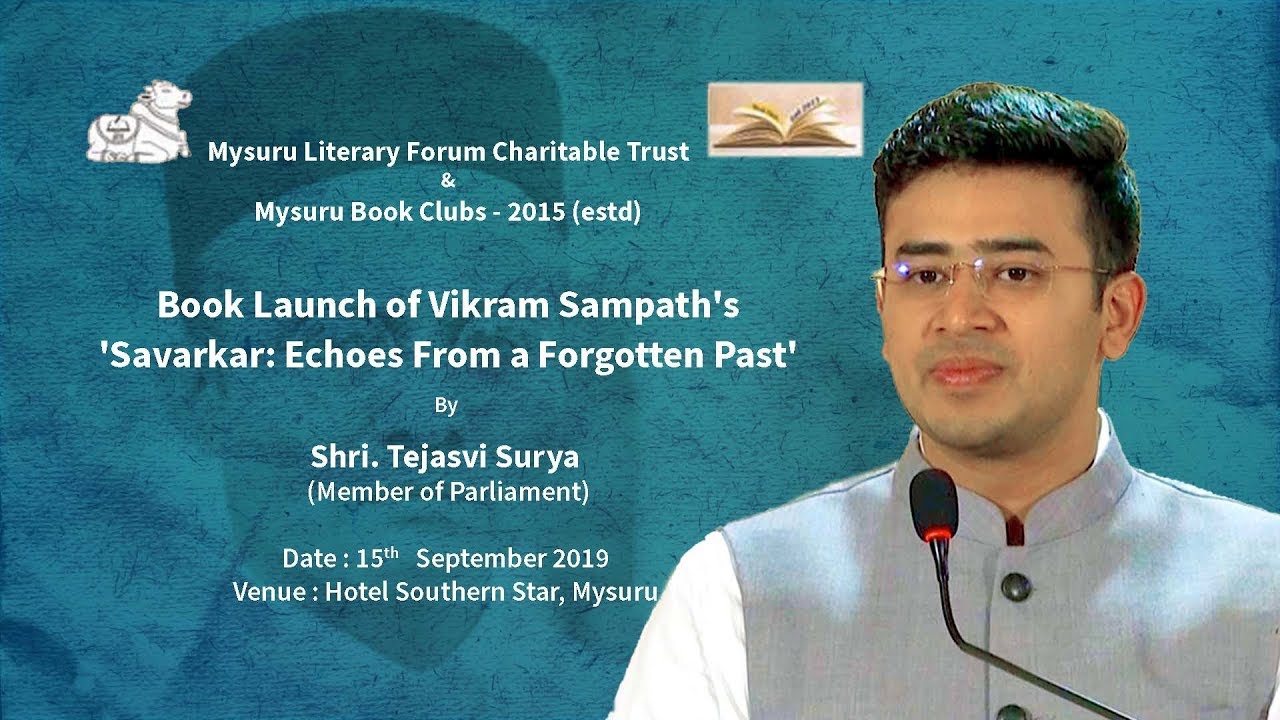 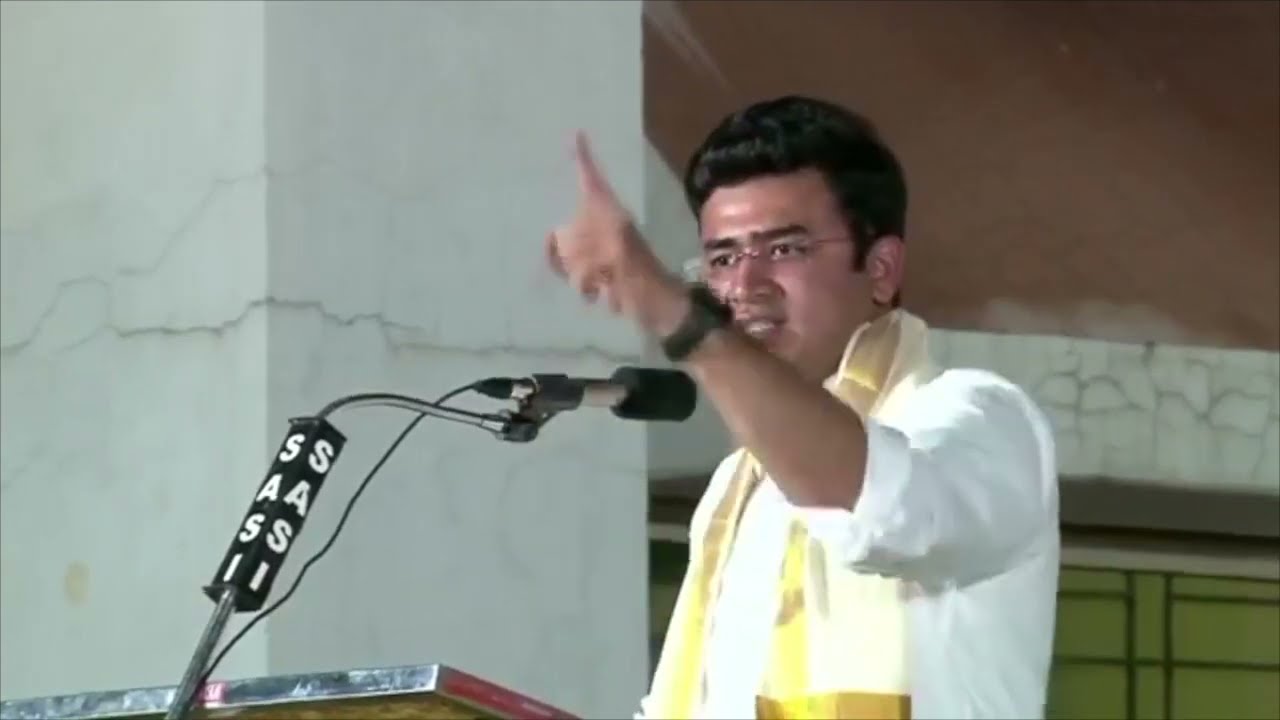 The state of Kerala is going to polls along with 4 other states in this election... 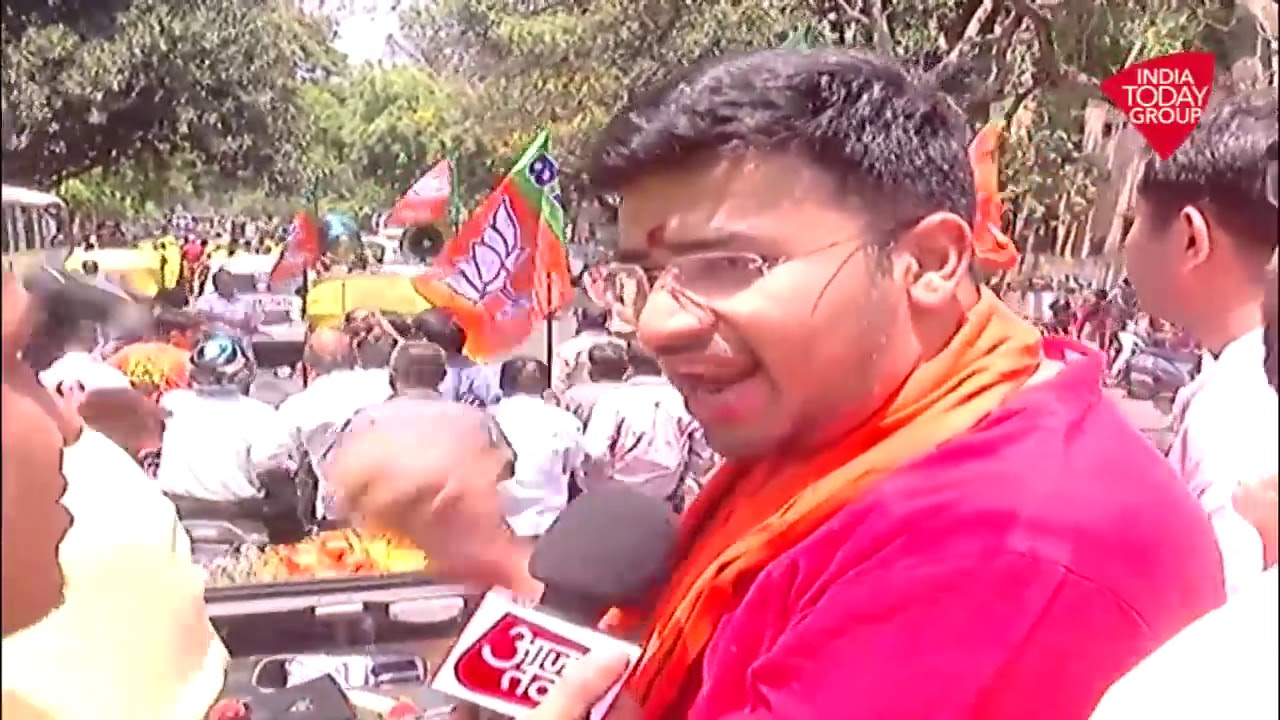 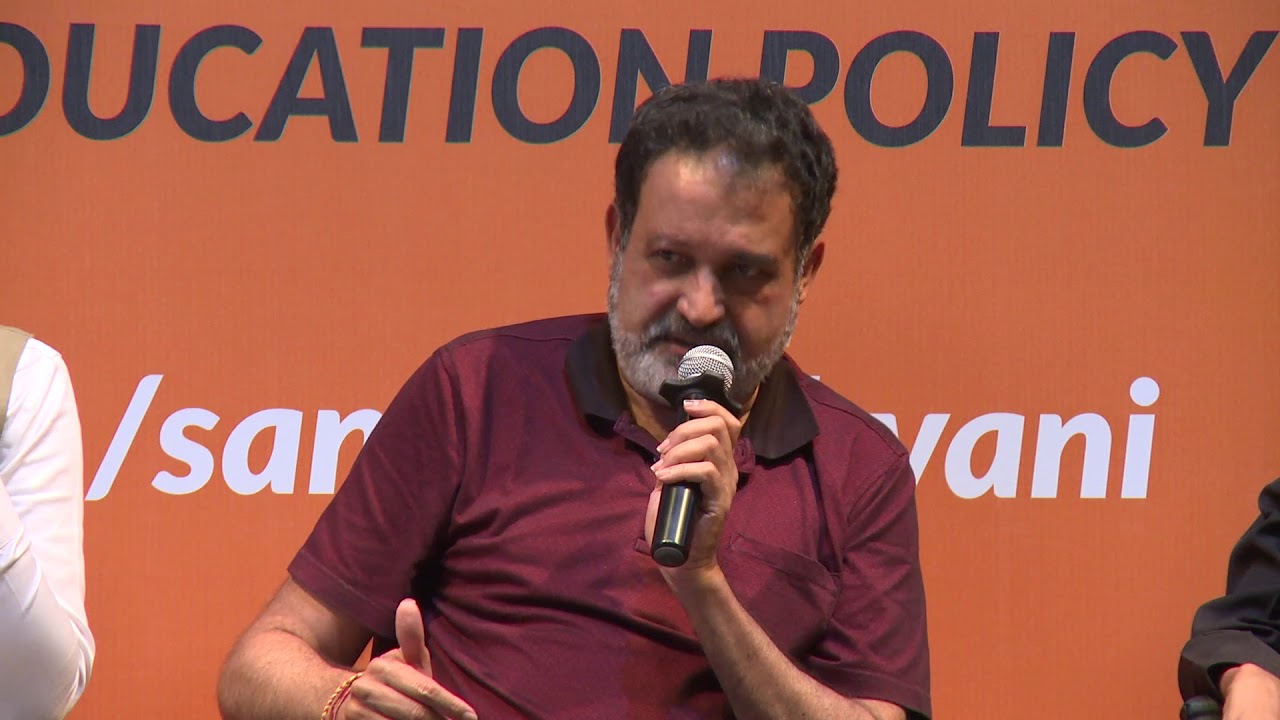